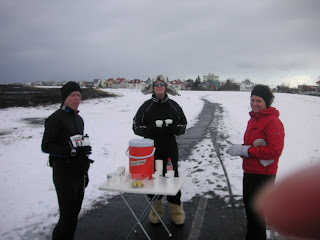 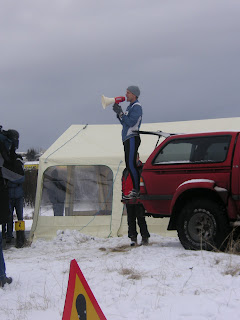 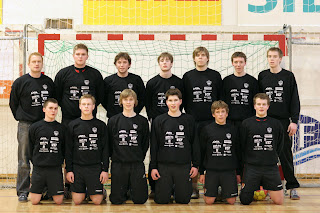 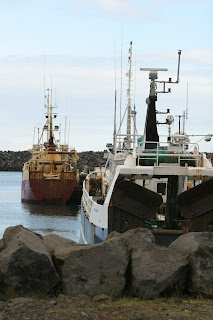 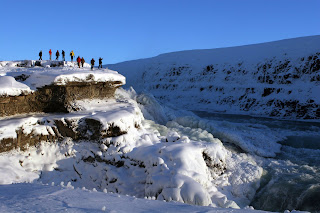 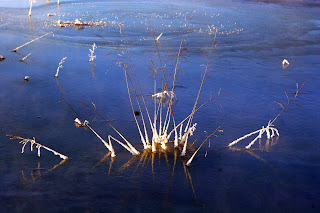 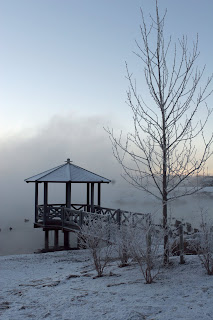 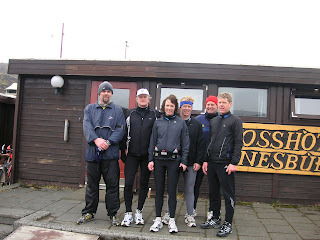 It's a sport so grueling that even marathoners scratch their heads in bewilderment and ask, "What? Running 26.2 miles isn't enough?" The answer: Nope, not for some people. Extreme fatigue, black toenails, hallucinations ... that's when those people know for sure that they've met their challenge.

Recent years have seen the ballyhoo surrounding ultramarathoner and author Dean Karnazes, who once ran 350 miles virtually nonstop and recently finished 50 marathons in 50 states in 50 consecutive days. But Karnazes isn't the oddity that he'd have you believe.
Gwen Heist-Hall ran her first marathon in 1997 and says she felt great at the end. "So I thought, 'Let's see what I can do that's harder than this,' and I found it," she said. Heist-Hall, 40, of Wildwood, was referring to the Brew-to-Brew ultramarathon, a 44-mile romp from a microbrewery in Kansas City to a microbrewery in Lawrence, Kan. Since then, she's run dozens more ultramarathons, including three 100-mile races. She didn't finish one of them because of a stress fracture.

Jan Ryerse had run several dozen marathons when he decided they were becoming too competitive for his taste. "Then I heard about these people who were doing longer runs than marathons, and around that time U.S. Track & Field held their U.S. Championship 50K (about 31 miles) race, so I signed up. That was December 1989," says Ryerse, 61, of Manchester. The extra five miles were so hard that Ryerse didn't revisit the ultradistance for several years. Seven years later, he gave it another shot and has run more than 50 ultramarathons, including two dozen 100-mile races since then.

"People tend to be less competitive in ultramarathons; they go at it at a relaxed pace," he says. "When you come to a big hill, you don't run up the hill, you walk up the hill. It's more of a personal challenge because you're not competing as much against other people as you are yourself."

Ryerse and Heist-Hall are among a growing number of marathoners, both locally and nationally, who have joined Karnazes in ultrarunning. Some ultramarathons are based on pre-determined distances. The most common are 30-, 50- and 100-mile events. Other races give runners specified amounts of time, ranging from a few hours up to several days to cover as many miles as possible. The runner who goes the farthest wins. They run on roads, trails, tracks, even treadmills. Some run through deserts and up into high altitudes.

The recent growth of the St. Louis Ultrarunners Group is a testament to the sport's rise in popularity. It has 110 members, more than three times as many as four years ago, when David White took over as president. They've also expanded their repertoire of area races from two to four to accommodate everyone who wants to do them. "Our races are filling up months in advance," says White, 47, of Chamois, Mo. "There's been a big increase in the number of people doing marathons, and after they run a few of those, they want to see what they can do next. People just want to test their limits."

Older may be better
To outsiders, ultrarunners may sound nutty or obsessive. But most are highly educated and highly motivated individuals. White, who has run 19 or 20 ultramarathons (he's lost count), says that the average age of ultrarunners is 45 and that almost as many women as men run them. "Women seem to do better over longer distances than men," he says. "It's not unusual to see women win ultramarathons outright or to place in the top five."

Ryerse, a professor in microscopy at St. Louis University, says older runners have an advantage over younger ones because they're more patient, which is crucial for pacing. He typically starts an ultramarathon at 5 to 5.5 miles an hour, several minutes per mile slower than what he's capable of doing in shorter races.

His patience has paid off.
Three years ago, Ryerse won a 72-hour run in Phoenix called "Across the Year," which starts a couple of days before New Year's and finishes the morning of Jan. 1. For a while, he also held the USA Track & Field distance record for masters for running 121 miles in 24 hours. It's since been broken.

Heist-Hall points out that no one is going to win an ultramarathon in the first 10 miles, but a runner can certainly lose it there by going out too fast and then hitting the wall three-quarters of the way into the race. She thinks the pacing aspect can be hard for younger runners to accept. "Plus, most of them don't want to put in the training you need to finish one of these races," says Heist-Hall, a veterinarian. "They don't want to do the back-to-back training runs that take eight to 10 hours each. Honestly, if I had small children at home and was trying to get a family started, it would be difficult to devote the amount of training that you need to do these races."

Heist-Hall and Ryerse acknowledge that their first ultramarathons were much harder than they had anticipated. For one thing, there was little information on how to train Today, there are books, magazines and websites with training schedules and nutritional advice.

Ryerse, who runs as many as 85 miles a week during peak training for a 100-mile race, says the lengths of his long runs each weekend ebb and flow. One week, he'll do a 25-mile run, the next weekend a 40-miler and then a 25-mile run the third weekend. Other weekends he'll do several back-to-back long runs, which allow him to get used to running on tired legs. "I might do 15 miles on Friday, 30 on Saturday and then 15 on Sunday. But I don't do that every week," he says.

Ryerse and his ultrarunning buddies train regularly at Queeny Park in Manchester, where they practice eating while they run. "Every four miles when we pass our cars, we grab a sandwich or a piece of cold pizza and practice walking and eating," he says. "You have to get your body used to eating (and digesting) while running." This is especially important for runners who want to finish a 100-mile race in less than 24 hours, which is considered really good, or even 30 hours, which is respectable and often required to qualify as a finisher.

"You can spend a lot of time in aid stations, and there's nothing wrong with that," he says. "Some people even lie down and sleep a while. "But if you have a specific goal, you need to keep moving." In a typical 100-mile race, Ryerse will drink 40 to 60 ounces of fluids each hour and eat sandwiches, soups and fruit at aid stations, which are about six miles apart.

Loopiness is one of many side effects of pushing the body to such extraordinary limits, and it's only the start of what happens when sleep is ignored in pursuit of an exhaustive physical goal. Many runners hallucinate.

Ryerse remembers a 48-hour race in which he thought he saw snakes slithering through cracks in the track and sparkly lights coming from a grove of trees. "One guy fell asleep while running, and rather than turning on the curve of the track, he went straight into a field," he says.

Because ultrarunning is so new, researchers have yet to figure out the full range of effects that it has on the body. What they do know comes from studying marathoners. Todd Cade, assistant professor of physical therapy and medicine at Washington University, says distance running promotes cardiopulmonary health while lowering blood pressure and lipids. It also raises HDL, the good cholesterol, and has a powerful positive effect on bone-mineral density and body mass index.

"But once you start running more than 10 miles at a time, there are some negative effects," he says. "Evidence suggests that there's musculo-skeletal damage, cartilage damage and increased whole-body inflammatory markers. The immune system is weakened immediately after a marathon, and there appears to be cardiac muscle damage and diminished cardiac function immediately afterward. Liver enzymes also increase, which can lead to liver damage."

Cade says no one knows whether there's a sustained long-term effect, nor whether there's an exponential impact on the body the farther one runs. "Is there a plateau after you reach marathon level? I don't know," Cade says, "because the research is so new."

Ryerse, Heist-Hall and White have been derailed by typical running injuries, including plantar fasciitis, tendinitis and lower back pain. Heist-Hall suffered a stress fracture so bad that she had to quit running for several months. "It's like auto racing," Heist-Hall says. "You never know what redlining is until you reach it. You think that if you train harder, you'll do better, but I found my breakdown point. I've tempered my training since then."

Ryerse, who estimates he's run more than 50,000 miles, also says ultrarunning gives him a profound sense of well-being. It helps him sleep better and raises his energy. But, he says, an ultrarunner's body will do some strange things in an ultramarathon. For instance, hands and feet swell to the point where a runner may have to change into larger shoes. And they frequently lose toenails. "They get black from pounding into the top of your shoes," Ryerse says. "I have a toenail necklace. From a distance it looks kind of nice. It looks like it's made of seashells."

Most ultrarunners will tell you that the shared experience of mentally and physically battling the incomprehensible is by far the biggest draw. Heist-Hall says that when you become an ultrarunner, you develop an extended family and that, unlike with marathons, there is no sense of elitism among the top runners.

"They'll wait at the finish line and cheer on the people at the back of the pack in an ultra," she says. "They realize that we're all out there getting the same distance done. It's just that they get it done faster and go to bed a lot earlier than the rest of us."
Birt af Gunnlaugur Júlíusson kl. 9:29 f.h. Engin ummæli: 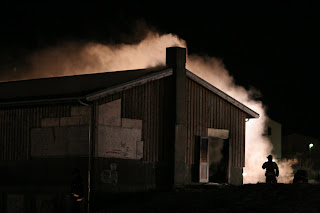